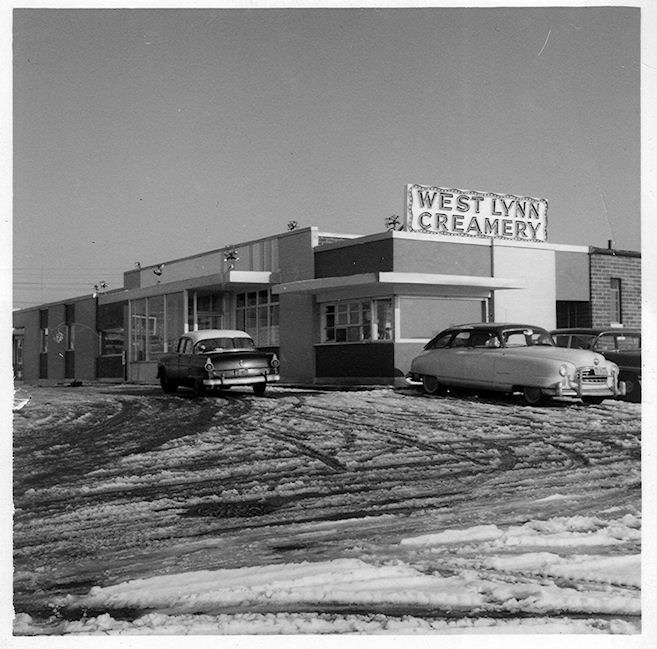 It started out as a one-truck operation, delivering 300 quarts of milk per day. West Lynn Creamery quickly grew to become a $300 million company, producing one million quarts per day, employing 850 people and maintaining a fleet of 400 trucks.

The business originated in 1928, in the hands of John Constanadites. He sold it to James Pappathanasi in 1934, and James sold it to his brothers-in-law, Paul, James and Angelo Scangas in 1937. For nearly 40 years, in addition to processing milk at the facility, they operated the Dairy Bar – a popular ice cream stand and lunch counter. They also launched Richdale, a chain of convenience stores throughout the North Shore and southern New Hampshire.

In 1974, the Scangas sons, Nick and Chris, and James Pappathanasi’s son, Arthur, took over the business.

“It was the only place I’d worked since I was 10 years old,” said Arthur. “I learned to work hard, value service and quality and treat your employees like family.”

The second-generation owners transformed the focus from home deliveries to sales within the food-service sector. In 1987, the creamery went through a $25 million major expansion, making it the fourth-largest single milk plant in the country and the leading manufacturer and distributor of dairy products in the Northeast. The facility, located on the Lynnway, increased in size from 10,000 square feet to 750,000 square feet.

In 1998, Suiza Foods – which later merged with and assumed the name of Dean Foods – purchased West Lynn Creamery and now operates it as Garelick Farms. “The industry was consolidating and it was clear that we needed to align ourselves with a larger company,” Arthur said.

Though only one of his uncles was still alive during the acquisition, Arthur was grateful for everything else that his predecessors could witness. “I’m glad they were able to see the major growth of the company – the fruits of their labor,” he said.