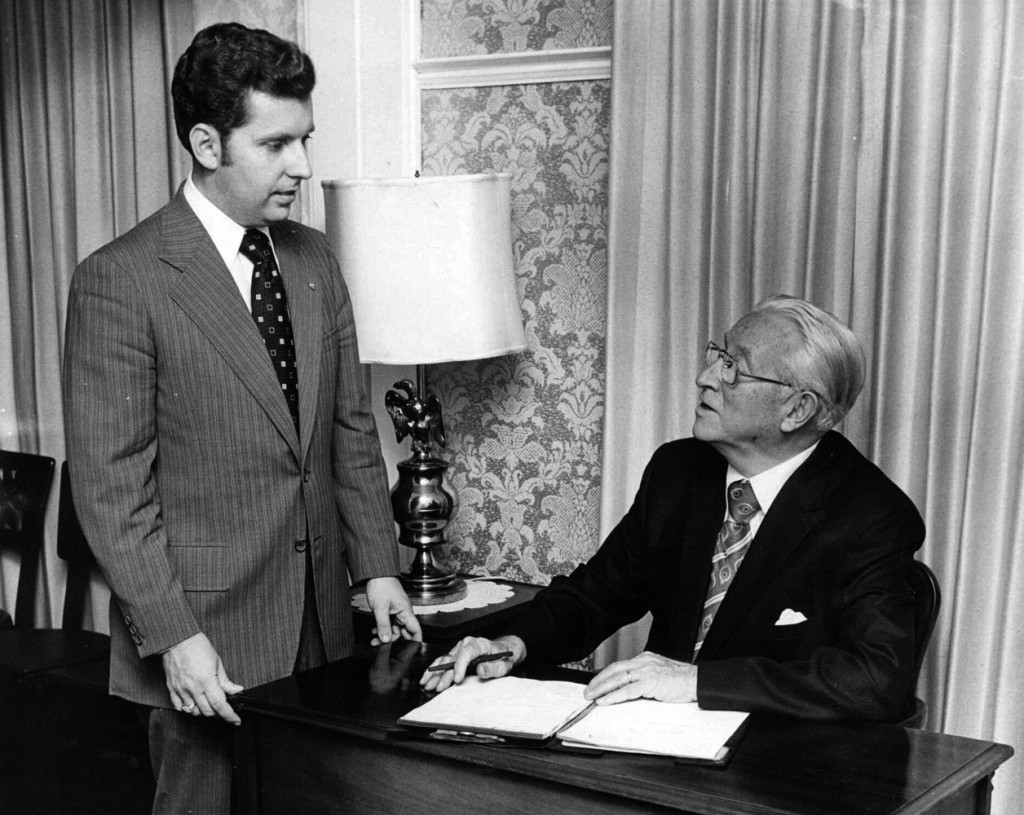 The Cuffe-McGinn Funeral Home was born of tragedy, but through service and reputation prospered and became a Lynn institution.

Walter A. Cuffe Sr., one of 12 children born to Irish immigrants Patrick J. and Mary E. (Walsh) Cuffe, became interested in the funeral service profession in the winter of 1914-15 when a flu epidemic decimated the city. In 1934, he established the Walter A. Cuffe Funeral Home at 15 Johnson St.

He also became a well-known Irish tenor and a noted politician, with lengthy terms on the Lynn City Council and as a state representative.

The children of Walter and his wife, Loretta (Thomas) Cuffe — Walter A. Cuffe Jr. and Loretta Cuffe-O’Donnell — took different paths, with Walter Jr. working next to his father, and spending time as a Lynn teacher and guidance counselor at Lynn Classical High School, before becoming a licensed funeral director in 1963.

Loretta Cuffe-O’Donnell became a teacher in Lynn and Salem, then served the city as a member of the Lynn School Committee and the Lynn City Council.

In 1976, a merger took place with the William E. McGinn Funeral Home at 157 Maple St. Walter A. Cuffe Jr. and his wife, Sally, took up residence above the funeral home and lived on Maple Street for 27 years. Their family includes daughters Kelley, Katy and Kerrin and six grandchildren.

Walter A. Cuffe Jr., earned a reputation for doing many good deeds without recognition and for always putting families first, treating each family as if it were his own, while serving the community in a variety of ways, as a member of many boards and organizations.

The funeral home was sold to the Alderwoods Group in 1995 and is now an affiliate of Dignity Memorial, the largest funeral service provider in the world. Walter A. Cuffe Jr., 69, after more than 47 years of service to the Lynn community, is still actively involved in the business as a senior funeral director and mentor. Manager Tom Newhall feels the responsibility that has been handed to him by the members of the Cuffe family.

“I’d like to be thought of as someone who took care of families when they needed help,” Walter A. Cuffe Jr. said. “I think we’ve always been there for them and we’re still oing it today with our exceptional staff.”