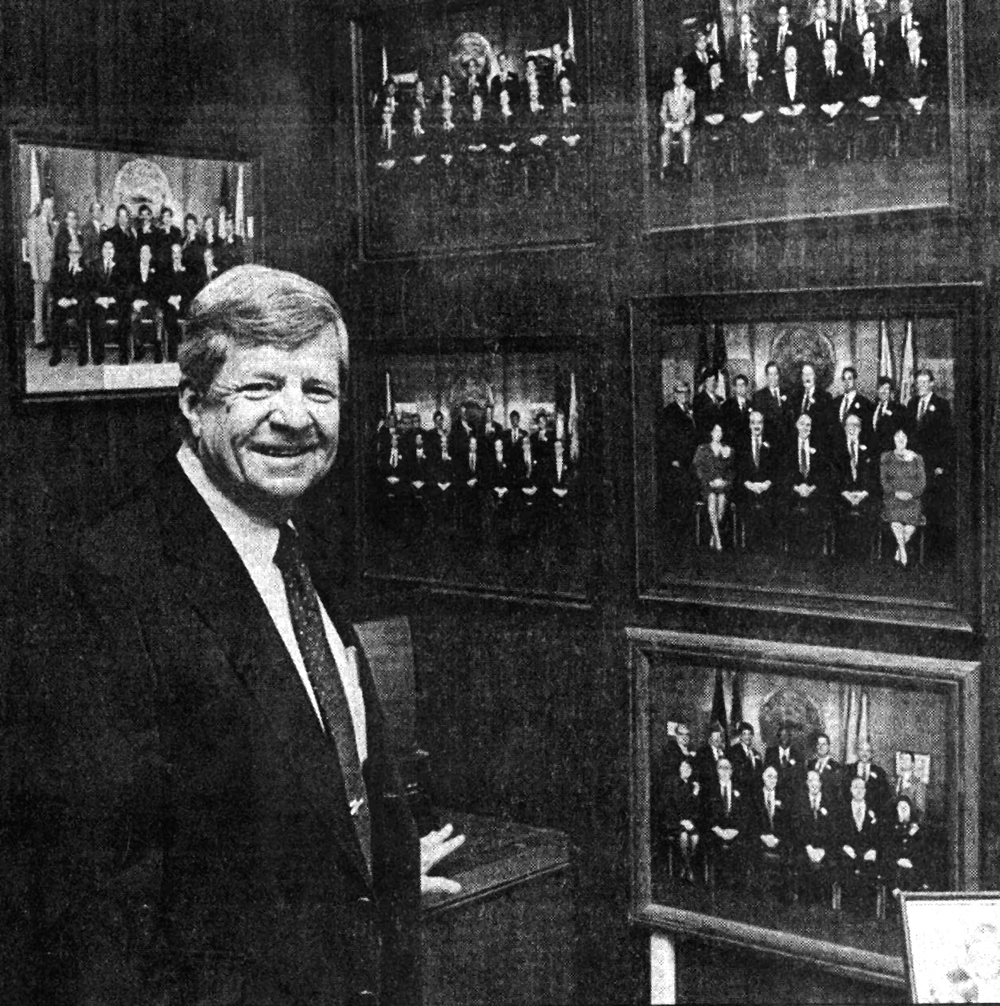 Mr. Furlong, who died in October 2009 at 73 after a bout with cancer, was a West Lynner to the core, living his entire life in the Waterhill Street home he was brought up, and where he and his wife, Jean, raised sons Sean, Matthew and Timothy. He took delight in skiing trips with his family for many years.

Before beginning a 27-year career working for the city, Mr. Furlong worked in the travel industry, running tours. Then he was appointed by Mayor Irving Kane to the Western-Walnut Neighborhood Improvement Program in West Lynn as the public relations officer and later the financial officer. The program helped people to fix up their homes through rehab grants and loans while making other infrastructure improvements to the neighborhood. Mr. Furlong worked hard in helping to get support for the program, which was a success, surpassing all goals.

Mr. Furlong then made his mark as the City Council’s Clerk of Committees, massaging the egos of 11 city councilors with different agendas and making it all look easy. Mr. Furlong was a font of information for the new councilors, guiding them through the City Hall bureaucracy.

Later, as city clerk, Mr. Furlong modernized the operations of the office and put all of the records, many of them going back to the city’s Colonial days, on microfilm, saving them for posterity. There are stories of the lengths he went to in order to service his customers. He would willingly open the City Clerk’s office if there were an emergency and someone needed a birth certificate or a marriage certificate. As a justice of the peace, he was often called on to marry a couple on short notice.

“He instantly made people coming into City Hall comfortable,” said his widow, Jean.

He was equally proud of his Irish heritage, and served as president of Division 10, Ancient Order of Hibernians. A great thrill was realized when he personally transported his favorite Irish singing star, Carmel Quinn, from Logan Airport to City Hall’s Veterans’ Memorial Auditorium for a concert in the 1970s.

At Mr. Furlong’s funeral, his good friend Ed Calnan paid tribute: “Bob had this amazing way of acclimating himself to whatever type of work he was engaged in, and would do it well and with dedication. The citizens of Lynn were served well.”